An actual adventure. Featuring a lot of cake!

I like to tell everyone that I’m a strong and independent woman, and yet I seem to do everything with the Husb. Time to put that right (if only for myself!!) I had a week off between jobs, so I headed off on a modest cycling adventure from Cheltenham to Devon. Six days cycling between kind friends’ spare rooms…and it was very sunny. Lush! 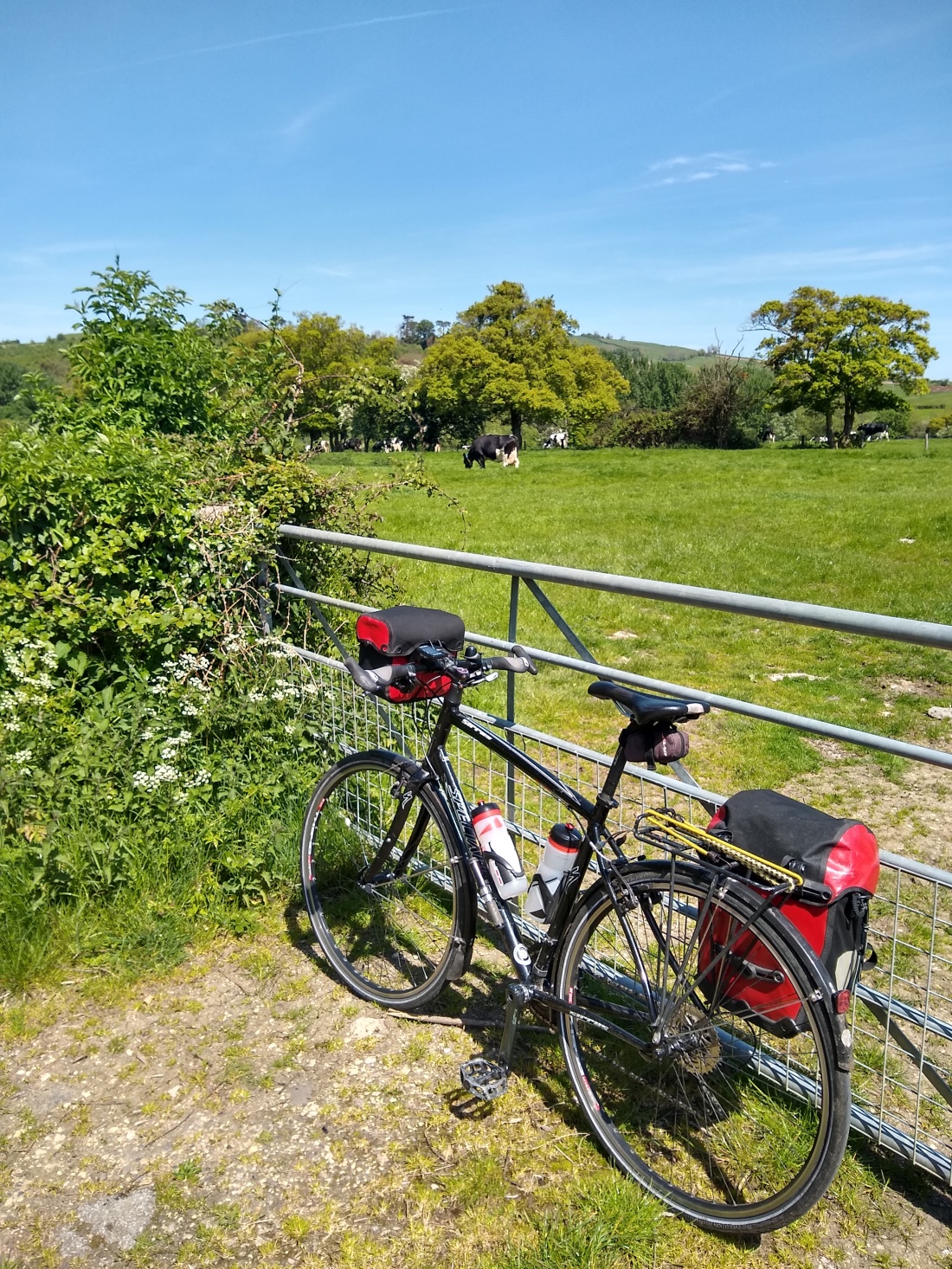 Day 1: Ottery St Mary to Evesham
(With a little help from the train)
Weather – sunny
The ride – the first 25km followed my usual route into Exeter, so that was easy. The second leg was 30km from Cheltenham to Evesham, which was fine apart from my route planner plonking me on a busy main road which required a re-route, and an entertaining section across an actual field. Gorgeous countryside and weather made up for all!
Challenges – negotiating the UK rail system with a bike….actually it wasn’t too bad as I’ve done it before, but COME ON PEOPLE.
Highlight – staying in a converted railway carriage at Kirsty and Marcus’ Orchard Getaway (go there immediately if you fancy a spot of glamping!)
Lowlight – the man sitting in my reserved seat on the train who refused to move.
Cake of the day – Kirsty’s quadruple chocolate cake. 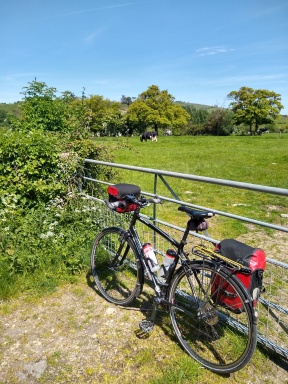 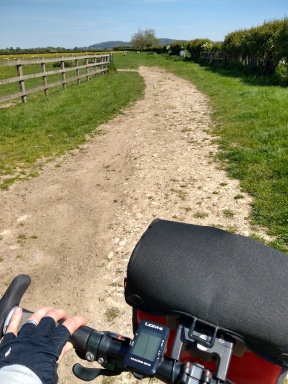 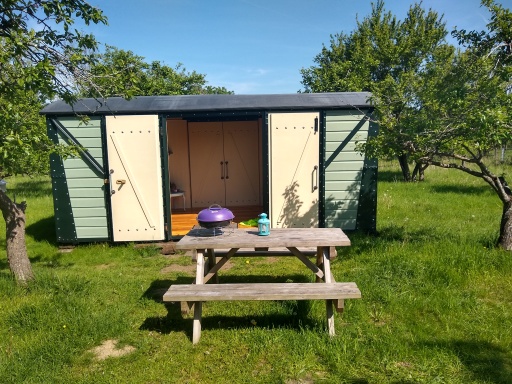 Day 2: Evesham to Ledbury
Weather – sunny
The ride – 50km along a ridiculously gorgeous route amongst glorious hedgerows, offering splendiferous views.
Highlight – having the opportunity to try and keep up with Kirsty for the first time in several years! And Lauren’s quiche.
Lowlight – realising I hadn’t actually put my wine down before playing rock paper scissors with 7-year old Annabelle. Good job she’s practically french!
Cake of the day – Lauren’s carrot cake, a close second to the quiche. 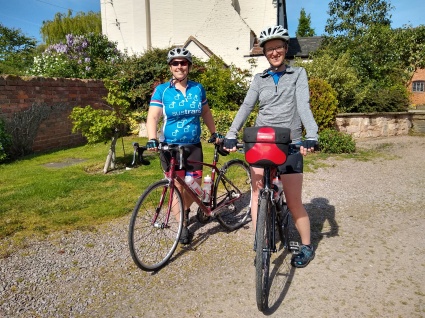 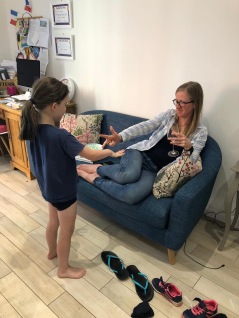 Day 3: Ledbury to Malmesbury
Weather – sunny
The ride – 80km including a non-negligible hill. My longest ride since October so I was worried….it was fine, not least because I had a long lunch with Loz to break things up!
Highlight Views from the top of the hill.
Lowlight – the horrible bit of cycle path that should have been lovely (traffic free) but really wasn’t (SO BUMPY!)
Cake of the day Salted caramel brownie after an insufficient (but delicious) lunch.

Day 4: Malmesbury to Bristol
Weather – sunny
The ride – ‘but however will you ride through Bristol??’ exclaimed one of my ex-colleagues prior to this trip. Erm. Well. I’ll put one pedal in front of the other as usual I suppose…. In reality, most of my ride through Bristol was on wonderful traffic free cycle paths. Planning your route carefully pays off! The bit before Bristol was pretty alright too, yet more lovely lanes, who says the UK’s rubbish for cycling?? 60km in total.
Highlight Catchup up with so many lovelies in such a short period of time. And the pizza and Franco Manca.
Lowlight Having such a short time with aforementioned lovelies.
Cake of the day I actually can’t remember. I am sure there was one! There was definitely wine…. 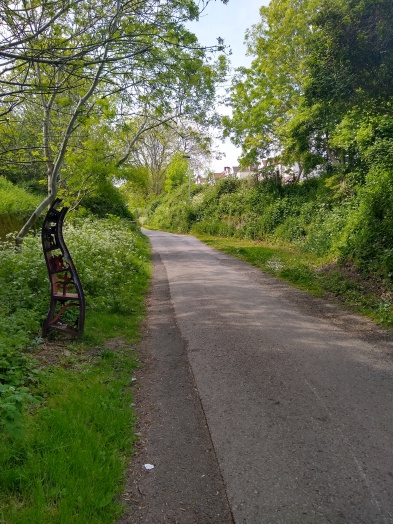 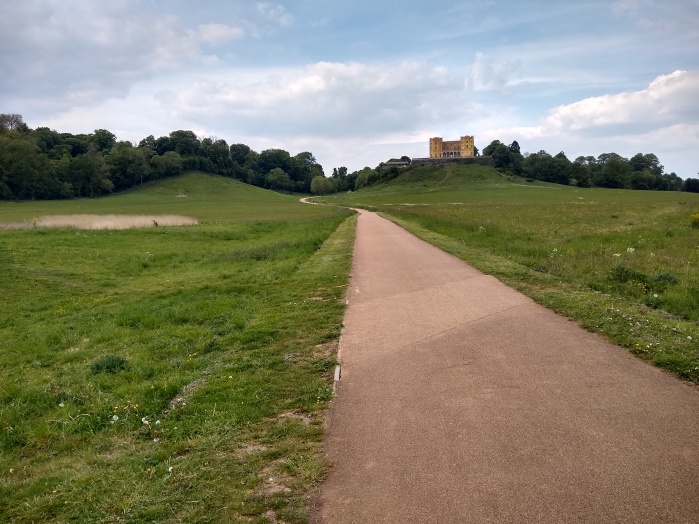 Day 5: Bristol to Glastonbury (well, Street)
Weather – ahem, what is that wet stuff falling from the sky??
The ride 70km over the blinkin’ Mendips the hard way! Lush to ride with Grimes and Luce though, what a treat.
Challenges Blagdon hill. And having to ride to the supermarket when it transpired that Street YHA did not to food (or wine).
Highlight –  Cheddar Gorge, which I haven’t visited since 1996 despite living in Bristol for 8 years in the interim.
Lowlight – Blagdon hill (not really, I LOVE hills! ;))
Cake of the day – It was a hard choice with such an impressive selection at the Gorge cafe in Cheddar, but I went for coffee and walnut.

Day 6: Glastonbury to Ottery
Weather – better. No sun though.
The ride Grimey headed back to Briz, leaving Luce to chaperone me for my final 75km. Another splendid day, and the Blackdowns weren’t nearly as beastly as the Mendips.
Highlight the hilarity of our ‘road’ route as it sent us down the most overgrown lane in Somerset. Oh, and the lush cafe we found in Langport.
Lowlight THE END 😦
Cake of the day Devon Apple cake. 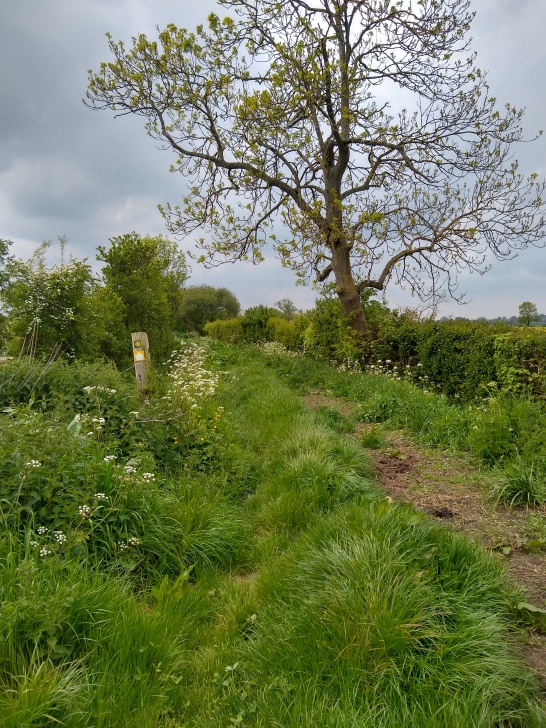 Over too soon. But at least a new adventure awaited in the form of a new job I suppose!